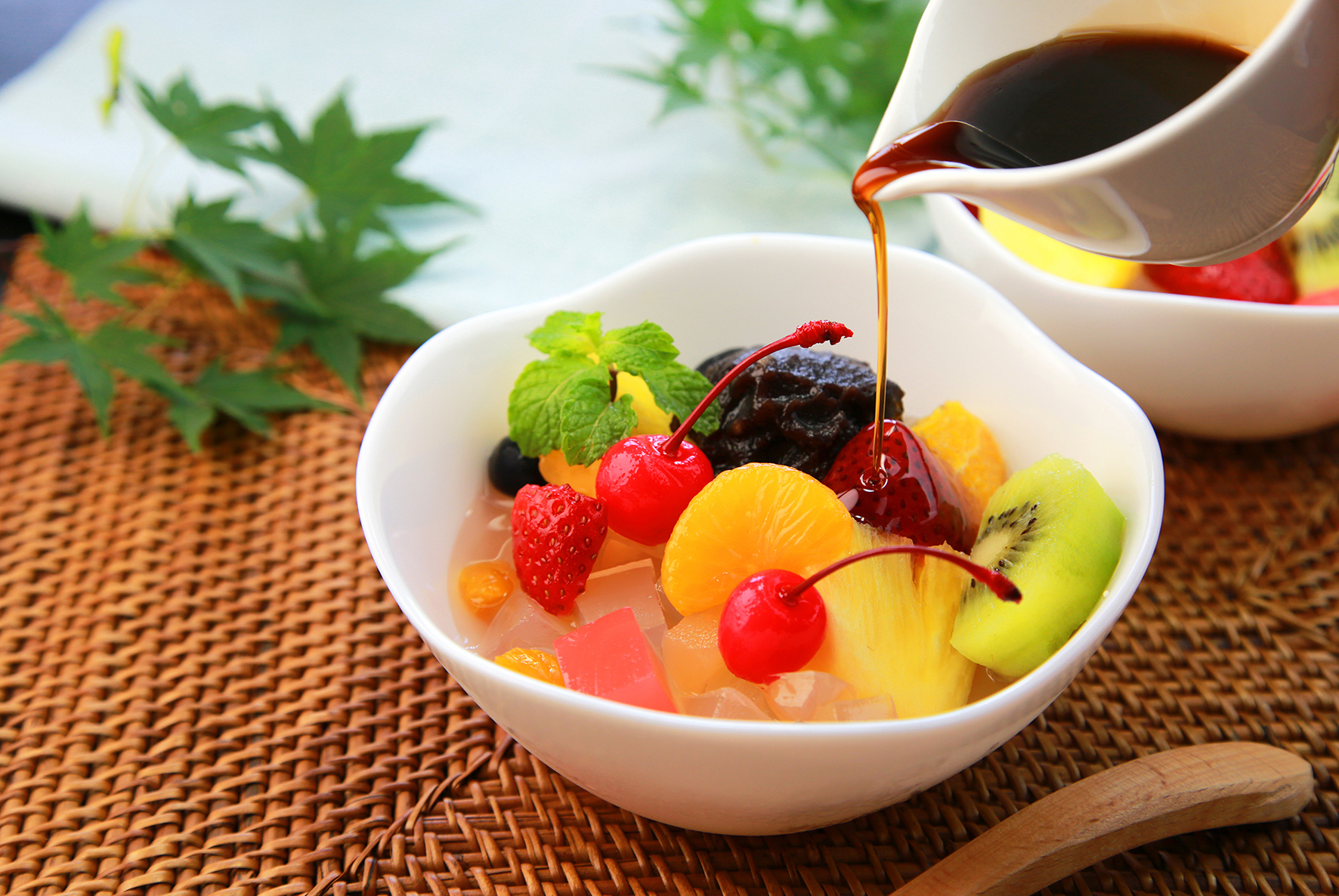 Anmitsu is a traditional dessert that, for decades, has accompanied the Japanese in the summer months. Its light texture and fruity flavor makes it ideal to fight the heat.

Its star ingredients are anko, a sweet bean, and agar-agar cubes (kanten). It is served with fruit salad and a brown sugar-based syrup called kuromitsu, a basic ingredient in most Japanese sweets. Pieces of fruit or ice cream can also be added. The recipe can be easily found online.