How did agar in culture media first appear? 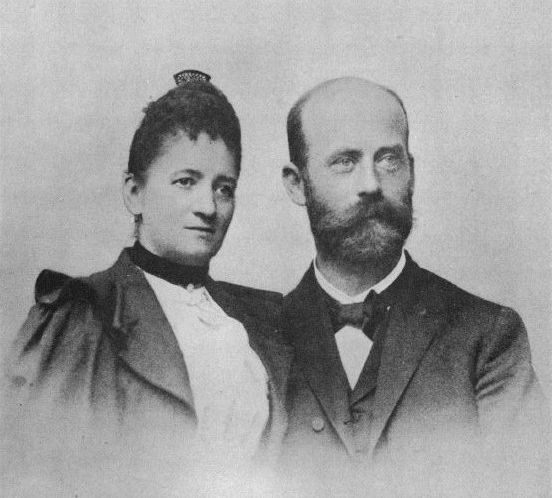 The cultivation of microorganisms in the laboratory was not always a simple task. By the early 1800’s, early bacteriologists cultivated microorganisms in foods such as potatoes, coagulated eggs whites and various meats. This technique seemed to work and even later, the experiments allowed repeatedly the transfer of microorganisms to fresh media.

When Robert Koch, a German doctor and microbiologist, first entered the scene, he set out to improve the culturing of bacteria using gelatin to solidify the petri plate. This application presented problems, however. At the standard temperature of 37 ° C, not only did bacterial growth occur, but also a few species of bacteria produced gelatinases in order to digest the gelatin, and use it for nutrients. This produced an unintended consequence of liquefying the plates. Due to these limitations, the gelatin was set aside.

During the same time, Angelina Hesse (also known as Fanny Hesse) and Walther Hesse were a married, German couple, also busy at work, and dedicated to the research and study of microbiology. Her husband helped Koch in the study of microbial air pollution in the laboratory, while Angelina worked from home and even made illustrations for her husband's investigations, without receiving any remuneration or recognition of any kind. In one her illustrations, she came up with the brilliant idea of using agar-agar in bacterial culture media. Agar-agar was a substance originating in Indonesia. She had first become aware of it during her childhood years when one of her neighbors from New York, having lived previously in Java, had used it in recipes for making jams and other desserts due to its ideal gelling properties, especially when used in warmer climates.

When Fanny told her husband, he immediately went to Koch. The agar proved to be the perfect substance for microbiological culture, being solid, transparent and sterile. The agar was also thermally stable and resistant to microbial enzymes. Subsequently, Koch published in 1882 an article about this discovery, but at no time did he name Angelina Hesse in his published body of work, nor did he provide recognition or credit for her contribution.

This is the reason why today Hispanagar would like to acknowledge and dedicate this article to Angelina Hesse, for her contribution to microbiology. Thank you very much, Angelina!